These Kentuckians and Hoosiers Stopped Smoking. So Can YOU! 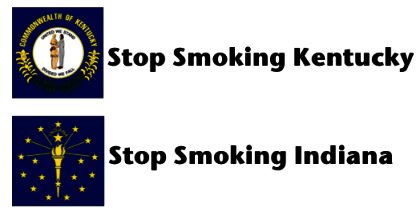 When you think of Kentucky, you normally think of thoroughbred horses, the Kentucky Derby, Bourbon whiskey, and the birthplace of Abraham Lincoln.  When you think of Indiana, automobile racing, the Indianapolis 500, corn fields, and the boyhood home of Abraham Lincoln come to mind.  Of course, basketball hysteria is a widespread epidemic that affects both Kentuckians and Hoosiers.

But…our two neighboring states have something else in common—something that is darker, more dreadful, and more deadly: The sky-high use of tobacco, the soaring rates of cancer, and the resulting prevalence of premature disabilities and deaths.  Kentucky leads the nation with a tobacco use rate of 30.2%, and Indiana is tied for sixth place with 24.7% of Hoosiers having destructive tobacco habit.  And, on average, within the borders of our two states, about 3 people die from cancer every hour (24-hours a day—365 days a year)—that’s about one cancer death every 20 minutes.

Leading the way among the reasons of those deaths is a cause that is wholly preventable—tobacco use.  For example, in both Kentucky and Indiana (and in the United States as a whole), lung cancer is the overall leading cause of cancer related deaths.  And, tobacco users (both men and women) are about 25 times as likely to develop lung cancer when compared to non-users.  In addition to lung cancer, tobacco use increases the likelihood of having cancer of the mouth, lips, nose, sinuses, larynx (voice box), throat, esophagus, stomach, pancreas, kidney, bladder, uterus, cervix, colon, rectum, ovaries, and of contracting acute myeloid leukemia.

This website is dedicated to helping tobacco users in Kentucky and Indiana find an effective method of stopping their deadly habit before it’s too late.

To learn more about 5 Ways to Stop Smoking, Click Here 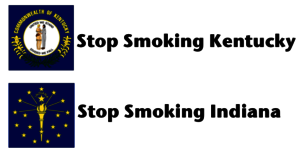 NOTE:  Within this website, we use the term “smoking” and “cigarettes;” however, the methods and programs discussed apply to tobacco use in all its forms including chewing and dipping.

Print | Sitemap
© Stop Smoking Kentucky / Stop Smoking Indiana--This website is maintained as a public service and is neither financed by nor associated any governmental agency. Images of people are for illustration purposes only and are used with permission. They are not intended to depict actual individuals.
Login